Netflix is getting a makeover! 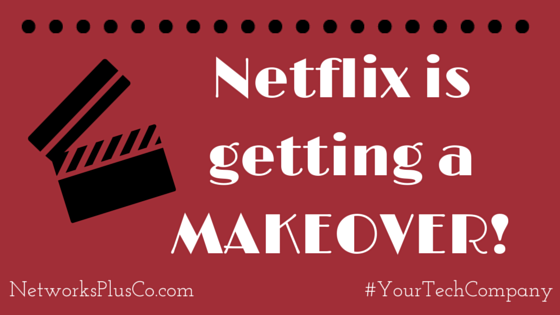 Hey all you Netflix-aholics…Netflix is changing their interface, which is a fancy way of saying that they are changing their appearance! Netflix has not done a big update to their interface in 4 years! This new layout has a lot of cool features and is said to be way more user-friendly. The new website features a more visual, richer experience. It works more like an app and less like a series of linked web pages. Information appears in-line and in context rather than on a separate page, which makes exploring the catalog faster than ever before.

Netflix is changing the format of browsing by switching the annoying carousel crawl that was used to surf through all the movie choices with a click-based browsing system that speeds up the experience. Instead of hovering the mouse over the side arrow and slowly watching titles crawl on by, you will be able to click the arrow which will refresh the entire row. This change will be especially helpful to those who use a touch screen to watch Netflix! 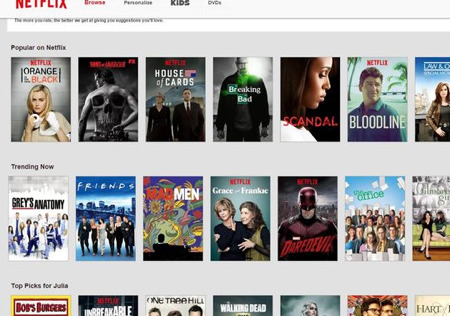 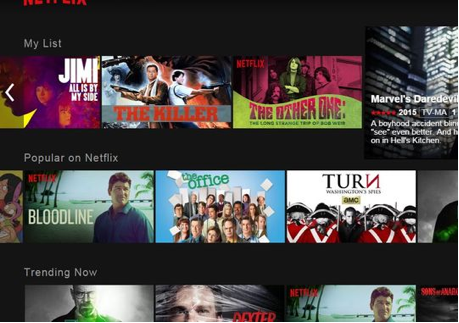 When clicking on a title on the old interface, it caused your movie or TV show to start playing immediately. On the new interface, the user will have the option to read about the show or movie by clicking on the title. 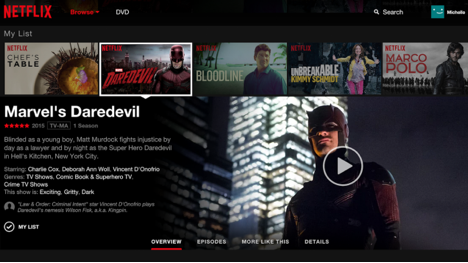 Here are a few bonus tips:

On another exciting note:

In a statement, Netflix told Mashable:

“We are not planning to test or implement third-party advertising on the Netflix service. For some time, we’ve teased Netflix originals with short trailers after a member finishes watching a show. Some members in a limited test now are seeing teases before a show begins. We test hundreds of potential improvements to the service every year. Many never extend beyond that.”