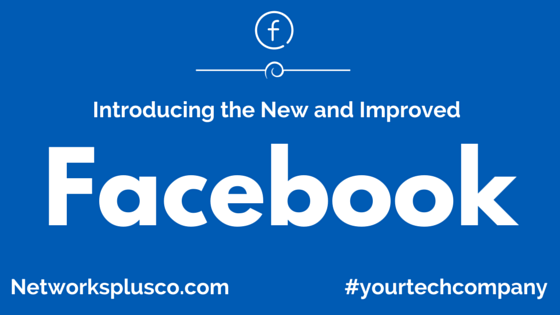 “From this research, we learned that in many cases, just because someone didn’t like, comment or share a story in their News Feed doesn’t mean it wasn’t meaningful to them.  There are times when, for example, people want to see information about a serious current event, but don’t necessarily want to like or comment on it. We are now taking into account more interactions with videos that we have learned indicate whether someone found that video interesting, such as choosing to turn on sound, making the video full screen, and enabling high definition. So if you turn the volume up or make the video full screen, we have updated News Feed to infer you liked the video and will show you similar videos higher up in your News Feed. We have found that this helps us show people more videos that they are interested in.”

For the first time in 10 years Facebook updated their logo

Facebook changed the way their logo looks. Don’t blink or you will miss the difference. The change is so small you may not have even noticed it. They switched out one font for another on their iconic logo. The new font is a little “softer” than the old one. The best way to see the difference is to look at the two side by side.

The old logo is on the left and the new on the right:

****warning this new application has already been scammed!  Check out this blog post for more information about this new scam.