Ebay and Paypal Are Breaking Up? 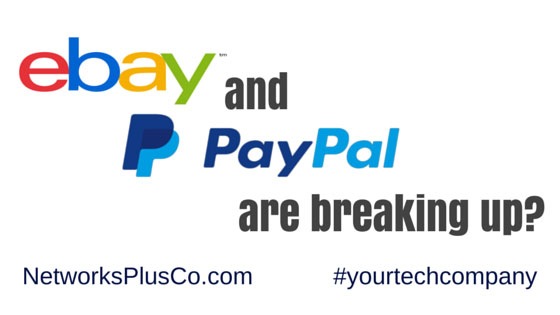 This week, tech giant eBay finally split from its subsidiary, Paypal, in an attempt to free up both companies to grow without tripping over each other. eBay announced its plan to separate from Paypal last year in September, coming in stark contrast to its decision to fend off activist investor, Carl Icahn, who had looked to acquire Paypal in early 2014. eBay CEO, John Donahoe, argued that Paypal’s future was more profitable to stay with eBay stating that “eBay has accelerated and enhanced PayPal’s success, allowing it to be more aggressive, bolder and to take more risk than if it was separate.”

However, recent data apparently has caused a rapid change of heart in Donahoe and his company.

Many market analysts saw the split as necessary for Paypal to reach its true market value, including SpaceX and Telsa Motors CEO, Elon Musk. “It doesn’t make sense that a global payment system is a subsidiary of an auction website… It’s as if Target owned Visa or something,” commented Musk.

Paypal’s partnership with eBay may have restricted its reach into a virtual marketplace where payment systems like Amazon Payments and Apple Pay have been popping up. Paypal has to compete with these new services, as well as the massive Alibaba Corporation and its large Alipay division: It’s departure from eBay may be a few months too late to fully compete against such dangerous competitors.

The future is still bright for Paypal, as it is no longer restricted to eBay’s consumer base and can expand to other markets. Now companies like Amazon who are competitors to eBay (and therefore were to Paypal), appear as Paypal’s potential business partners. Paypal plans to go public shortly after the split, becoming one of the most anticipated IPO’s of 2015 with the ticker “PYPL”: Its original ticker symbol before being bought out by eBay in 2002.

eBay might not be so lucky. During the first quarter of 2015’s fiscal year, Paypal managed to surpass eBay in revenue, who experienced a decline. While eBay’s revenue is projected to increase by 10 to 15% for 2016, their shares are down 4%, and eBay’s marketplace division expects little to no revenue growth. These projections look grim for a company who face stiff competition from other online marketplaces like Amazon and Alibaba.

Paypal seems to have a clear lead after the split, but only time will tell if Paypal can overcome its own growing competition and thrive in today’s market.